THE GLOBAL LEADER IN NON-INVASIVE TESTING

What are colonic polyps? 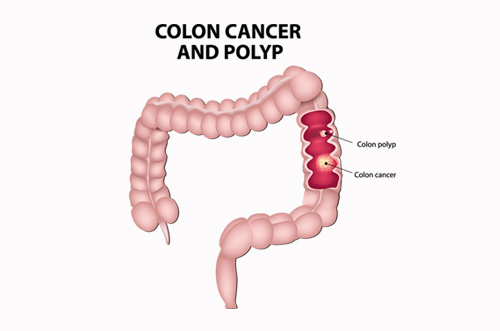 Colonic polyps are growths that form on the inner lining of the colon (large intestine). They are common in adults, however, the exact cause is not known. Most colonic polyps are harmless, however, some can develop into colorectal cancer over time. If discovered in its later stages, it can be fatal.

Colonic polyps form as a single polyp or multiple polyps, in different sizes and shapes. There are three main types of polyps:

Most colonic polyps do not cause symptoms or signs. They are usually discovered during routine screening exams. However, some people experience the following symptoms:

When to see a doctor

You should see a doctor when you experience any symptoms. In addition, if you are at risk of developing colonic polyps, you should be screened regularly. You are at risk if you:

Colonic polyps are examined under the microscope to determine the type. If they are cancerous or have the potential to be, they are removed during a colonoscopy. However, surgery may be required if the polyps can’t be removed during a colonoscopy or if they are large. This is mostly done through a minimally invasive surgery called bylaparoscopic surgery. Once the polyps are removed, a follow-up screening is recommended.

Colorectal cancer, one of the deadliest forms of cancer, can be cured if caught early. Early treatment dramatically increases the chance of survival. Please take the necessary steps to get tested. For quality screening products, call us today at 888-638-7757 or email at tpucci@polymedco.com.